Carole DAGG
Carole’s debut novel is THE YEAR WE WERE FAMOUS.
“Great Grandma Helga was somewhat of a scandal,” Carole said.
Carole’s Great Grandmother and Great Aunt Clara had always planned to write their own story of walking from Mill Creek, WA to NY, but all their own journals, etc. were burned and they agreed to never talk or write of it again. That is until Carole picked up the ball because she knew it was time to tell the story. Her first rejection on the book came 15 years ago. Carole took classes and became involved with SCBWI. She wrote and rewrote the manuscript and collected 29 rejections. She attended the SCBWI LA conference and did a manuscript consultation. Carole’s manuscript was nominated for the Sue Alexander award, her ticket out of the slush pile.
After that it was all a blur. She ended up with Clarion who had rejected her twice before.
Advice: Don’t give up!

Caridad Ferrer
Caridad’s latest young adult novel is WHEN THE STARS GO BLUE. She considers herself the accidental young-adult writer. She started writing adult fiction, particularly romance. Her agent said, Hey, there's an editor at Simon & Schuster looking for a Latina author to help launch an MTV book line. She took it on and her debut YA ADIOS TO MY OLD LIFE won awards and got some great recognition that started her on her way.
Advice: Don’t turn down looking at any possible opportunity. And bring all your experiences to the table. 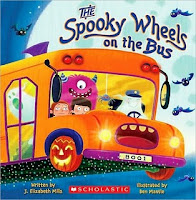 J. Elizabeth Mills
Liz’s picture book THE SPOOKY WHEELS ON THE BUS is a Halloween version of Wheels on the Bus.
Liz worked at the Wild Rumpus bookstore and it revved her passion. She then went to New York and worked as an editor at Cartwheel for 8 years. She started writing in-house and adapting TV series into books. When she moved to Seattle she was doing nonfiction work-for-hire. On a bus ride she was struck with inspiration for THE SPOOKY WHEELS ON THE BUS.
Advice: Believe in yourself. And know you don’t have to do it alone. 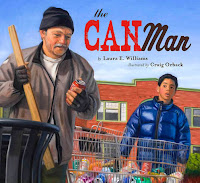 Craig Orback
Craig’s most recent book is THE CAN MAN.
When he went to art school he didn’t have kids books on his mind. A few years out of art school a friend asked if he’d ever thought of doing kids books. He started studying, including looking into publishes using the CHILDRENS WRITERS & ILLUSTRATORS MARKET. His first book was one of the Nathan Hale books.
Advice: Read contracts closely. 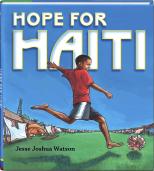 Jesse Joshua Watson
Jesse has illustrated many books for kids.
His start came when he won the grand prize at The Juried Art Show at the SCBWI conference in NYC, and learned maybe this industry was for him.
HOPE FOR HAITI is the first book he’s both wrote and illustrated. His upcoming book is GHETTO COWBOY written by G. Neri.
Advice: Trust. Enjoy the process. Trust that you have the motivation to put beautiful books in the world. Fear ruins the moments we have right now. 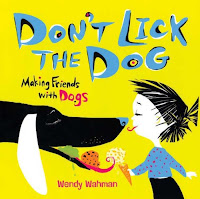 Wendy Wahman
Author/illustrator of DON’T LICK THE DOG and her upcoming A CAT LIKE THAT.
In the beginning she wanted to only illustrate books and sent out samples. Was always asked, “Do you have a story for that?” A story came with DON'T LICK THE DOG.
Advice: Wendy’s advice goes out to those who aren’t at the conference. Get involved. Find methods you that you can use to get through a day but still be involved. 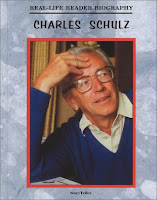 Jim Whiting
Jim is the author of over 100 nonfiction books for kids.
He started by editing until he asked if he could do something from the ground up. He was offered a book about Charles Schultz.
Advice: Keep a journal. And save it.
Posted by Cuppa Jolie at 1:42 PM