Laurie Thompson: How Finding My Tribe Helped Me Find My Voice

Laurie Thompson is the award-winning author of both fiction and nonfiction books for young readers. Her young adult book BE A CHANGEMAKER: HOW TO START SOMETHING THAT MATTERS is an inspiring how-to guide for teens as well as the winner of the SCBWI's 2015 Crystal Kite award. Laurie has also written two picture books, EMMANUEL'S DREAM and MY DOG IS THE BEST. Laurie has forthcoming fiction/nonfiction hybrid series, TWO TRUTHS AND A LIE, co-written by Ammi-Joan Paquette.

Laurie starts, "Giving a keynote speech on this stage is a dream come true for me."

Laurie shares that Be a Changemaker would not have been possible without many people in the room today. 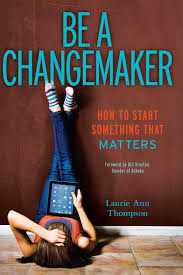 Laurie was a quiet and shy kid, who was also a perfectionist. If she didn't think she could be good at something, she wouldn't even try. If she tried and failed, she would never try again. In middle school she did her best not to be noticed. By high school she started to act as a leader, but she was never comfortable in the spotlight. She was going along with what was expected, just another form of not being noticed. When Laurie found out those with the highest GPAs would have to give a speech, she purposely dropped her grades so she would not have to take the stage.

Laurie's first SCBWI conference was terrifying, but she listened, learned, and was hooked. She soon joined a critique group and then volunteered on SCBWI Western Washington Advisory Committee. Later, Laurie was asked to take the lead within the region, a scary endeavor. But she was writing a book telling kids to believe in themselves and to fight for a cause they believed in. This helped to convince herself to jump in.

Laurie was once introduced as the changemaker to changemakers and it stopped her cold. She had never thought of herself that way.

In other industries, relationships are more about competition rather than support. Not in the children's publishing industry. SCBWI has given Laurie the tools to change rejections into offers.

Laurie share that everyone of us can benefit from being part of a team. "Be open. Be authentic. Take risks. Connect with people as human beings. Ultimately, we are here for the same reason. We care about making stories for young people." 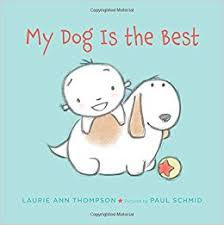 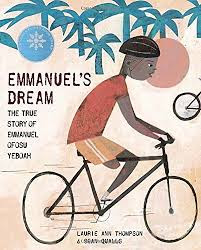 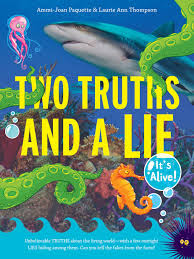