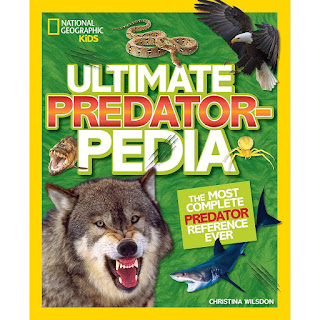 Describe your most recent release in one sentence.

It’s Ultimate Predatorpedia, a photo-packed nonfiction book for 7-to-10-year-olds (and older!) about predators from Aardwolves to Zorillas.

What made you want to become a writer?

I always loved to write and illustrate stories when I was little, but I never really thought about being A Writer until my sixth-grade teacher required everyone in the class to hand in creative writing every week. Her encouraging comments jogged me into more awareness of writing as something you worked on to improve your craft rather than just being a nice way to fill time (and notebooks!).

What books helped form you as a reader?

Strange animals and plants and ecosystems.

How do you approach a new topic?

First I read broad, general articles, such as encyclopedia entries. Then I borrow whatever the library has on the topic and buy books that the library lacks and that I know I simply must have. I find articles in online newspaper and magazine archives and check out museum websites. Any items of interest I pick up in there I pursue further to find out more details. I also read scientific papers and contact scientists if I have a question.

I stick mainly to biology, zoology, and natural history because I’ve read widely in those subject areas, so I have a substrate in place for new information and know what to look for as I research and how to analyze it and fill in gaps.

How do you keep to a tight deadline for a work-for-hire project?

This’ll sound kind of obnoxious, I guess, but a deadline has never seemed like a dreadful thing to be loathed, detested, and feared. In fact, a deadline is sort of motivating in an odd way. (For example, I am often puzzled as to why I can easily meet deadlines imposed by others but am highly unlikely to meet self-imposed goals.) I just stick the due date in my day planner, and if it’s a project with stages I put mini-deadlines in the day planner before that, and then I just get it done.

If you miss deadlines, you don’t get hired again, so it doesn’t pay to get a reputation for tardiness…perhaps fear creates a healthy respect for deadlines! Sometimes meeting deadlines has meant late nights, and in the early days of my career I had to take on jobs with unreasonable deadlines that resulted in pulling all-nighters, but that hasn’t been the case of most jobs. And the few times family emergencies caused me to ask for an extension, my editors were invariably kind, obliging, and helpful.

What would you do differently, if you could have a do-over?

I would submit manuscripts like mad, because back in the day more publishing houses were open to writers without agents. And I would be brave and approach the actual real-live children’s book editors in the offices where I got my start in publishing as a lowly editorial assistant.

(The only conversation I had with the children’s book editor at one house, over the course of three years, was when she rebuked me very coldly for throwing away the outer envelope of a package, even though the manuscript inside had a SASE with it.)

What do you do for fun when you’re not writing?

Reading, drawing, birding, walking, gardening, baking, needle-felting, taking photos, researching family history, impersonating a sloth, and if I can scare up a friend, go out for coffee or wine. 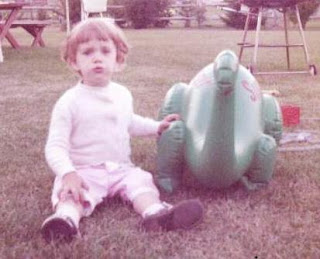 Who is your favorite children’s literature character?

If I have to pick just one, it would be Jill Crewe from Ruby Ferguson’s “Jill” pony books. This series isn’t well known in the U.S.—it’s a British series from the 1950s, which a relative brought home from Ireland for me when I was nine years old. I’d never read anything like it before. It contained horses AND humor, unlike the very earnest or action-filled horse books typically found at my local library (which also mostly starred boys).

Jill was irreverent and practical and down-to-earth, always noticing things like when you knock over a coffeepot, more coffee comes out of it then ever could’ve fit into the pot in the first place. I still have my set of paperbacks, though they’re so foxed and dry by now, the pages fall out as I turn them and drift to the floor like autumn leaves.

What’s a work-for-hire project and how does it proceed?

Work-for-hire typically means that the publisher comes up with the idea for the book, hires an author to research and write it, and pays them a flat fee, which is usually broken into two or three parts (for example, 1/3 on signing, 1/3 upon completion of an outline, and 1/3 for delivery of the manuscript). There are no royalties, the publisher keeps the copyright, and once you’re paid, you’re usually done with the job. I have written many work-for-hire books, but I only earned royalties on one educational series (now out of print) and a small royalty on one trade book.

You can get work-for-hire jobs in many ways. For example, a publisher might put out a general call for writers, to which you can respond, or they might contact you directly. You can also research publishers (typically educational publishers) to see if they hire writers for projects and follow their directions for sending in samples and a resume. You’ll often get lots of direction and specs to follow, though some projects have lots of room for creativity, in which case you may be given little more than a topic, a page count, and a word count. 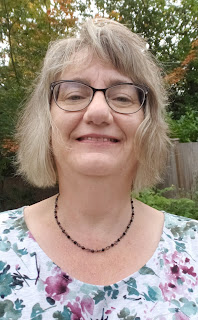 What do you make of the revival of interest in nonfiction books for children?

I’m thrilled! What a treat to enjoy such a bounty of gorgeous, fascinating books on so many topics, and it’s great that creative nonfiction is in the spotlight. But I think that revival is only on the part of publishers and educators…kids themselves didn’t need a revival. They’ve always loved nonfiction that’s not presented in a dry or dull fashion; they want to read nonfiction books that relate to topics they love, and study the pictures and diagrams, and tell grown-ups reams of fascinating facts.

Today’s beautiful nonfiction books make me think of some of the creative nonfiction that existed long before this renaissance of the genre: I still have my childhood copy of the Giant Golden Book of Dinosaurs and Other Prehistoric Reptiles, with its gripping text and fierce, beautiful paintings, and Marguerite Henry’s Album of Horses, with full-page paintings of horses and narrative text telling their history by way of stories. And Rain Drop Splash by Alvin Tressalt, a picture book published in 1946, is still being used to introduce kids to the water cycle.

Thanks, Christina!
Posted by Kim Baker at 7:00 AM

Great to get to know you! I feel the same way about deadlines. They really help me get projects done. My own deadlines? Not so much. If only! Have a great day!