Stephanie Campisi on her latest picture book, Luis and Tabitha! 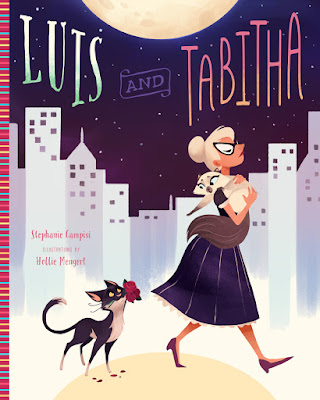 Describe Luis and Tabitha in one sentence.

Wordplay, people behaving in strange ways, and that thin line between the rational and the absurd. (I suppose those are all the same thing, really!) I feel like we’re always trying to make sense of things that don't make sense, and there’s something beautiful in that. There’s something about the outsider trying to make their way in a world that they don’t quite understand that rings very true to me.

Tell us about your illustrator.

Luis and Tabitha is illustrated by the very talented Hollie Mengert, also of the WWA region. Hollie has a delightfully whimsical style that’s so expressive and full of movement, and she’s brought so much depth and humour to Luis and Tabitha. We’re both owners of adopted cats, and our pets have inspired both the book’s text and illustrations! 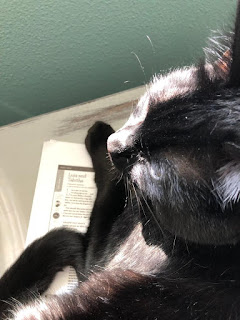 Are you a plotter or a pantser?

I’m somewhere between the two, although I’m moving gradually towards being a plotter. I always know my beginning, major climax and the takeaway or feeling I want to leave my reader with, but the rest of the book is usually a mystery to me until I’m deep into it. This isn’t so bad with picture books, but for novels it’s a somewhat messy approach, and I find that I end up working through the same plot and pacing issues every time. I’m actively working on exercising a little more patience up-front – here’s hoping the index cards I have on my desk actually get used!

Do you have a regular writing routine/spot/playlist, etc?

I’m a freelancer, so I work long and unpredictable hours. At the moment I tend to write in spurts, but it’s not my preferred approach. I feel like writing is like exercising: it’s so much easier when you’re used to using those muscles. In terms of other “regulars”, all I need is some quiet background music, about four cups of coffee, and a view of the nearby forest.

Be patient. Not just in terms of waiting to hear back on projects, but everything else. It takes time to build a career. It takes time to learn your craft. And it also takes time to be able to not just hear feedback, but understand it. You might be told the same thing dozens of times, but you need to get to a certain point before it actually sinks in and you can respond meaningfully. I don’t think that you can fast forward through that process. 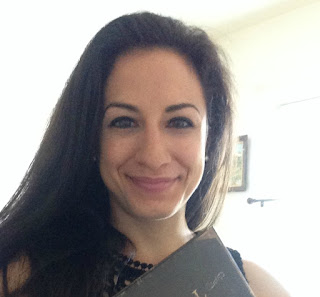 What’s next for you?

More picture books! I have a Russian folklore-esque picture book called The Five Sisters coming out from Familius in 2019, as well as a picture book about a K9 school drop-out called Very Lulu from Sourcebooks Jabberwocky launching at around the same time. I have a few more things in the works, so hopefully I’ll be able to update that list soon!

If you could change one thing about publishing, what would it be?

The lack of control authors have over much of their careers. It’s very difficult to be able to meaningfully build a career when you have very little access to sales, financials and industry conversations. 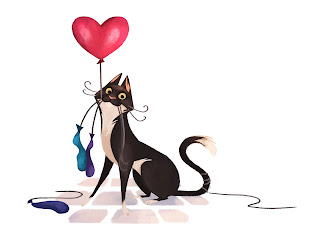 On August 18th, 40% of proceeds from the sales of Luis and Tabitha from Familius.com will be donated to the Oregon Humane Society.
Click here for more info.

inspirational. Thank you. My wife and I also have two cats we adopted from the Whatcom Humane Society here in Bellingham, WA. One day a picture book about them . . .

Thanks for your kind comment, John, and for being a fellow adoptive cat parent! I suspect our pets have plenty of stories to tell!